It is integrated with Watertown, a condominium above the shopping centre. The mall consists of 2 levels and 2 basement levels. Apart from the retail shops, the mall also hosts the Shaw Imax cinema, the first cinema in Punggol, on one of the basement level. The 24hour NTUC Fairprice Finest supermarket outlet is also located at the basement level.

Getting to Waterway Point via Public Transport

Waterway Point is located right next to Punggol Bus Interchange and Train Station.

If you are travelling by train, ride the North East Line to Punggol Station (NE17/PTC), which is the north-eastern tip terminating stop. Punggol Station can also be accessed through the Punggol LRT System. Waterway Point is located at Exit A. 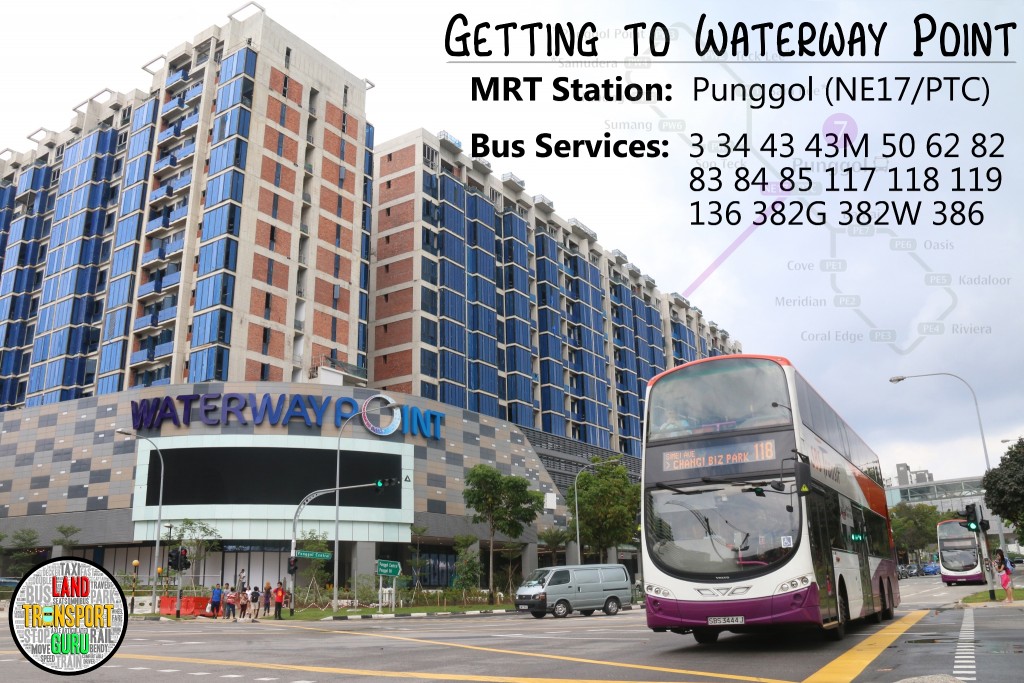 Notice: The Free Shuttle Service to Waterway Point has ceased operations from 1 October 2018.

Waterway Point Punggol also provides 2 shuttle bus routes to ferry shoppers to and from the mall. These 2 services operate on a loop basis and service both Punggol and Sengkang Towns.

2 thoughts on “Getting to Waterway Point Punggol”