Maju Route 96 is a Johor Bahru local bus service operated by Sri Maju, plying between Larkin Terminal and Pontian Terminal, via Jalan Skudai and Pekan Nanas. It is duplicated by City Bus Route 3. 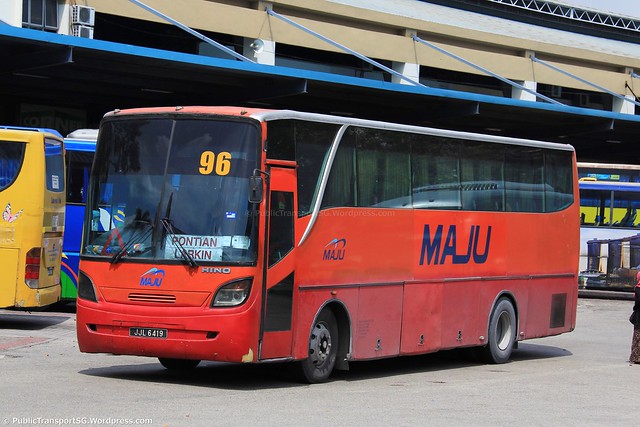 Maju Route 96 connects Larkin Bus Terminal with the town of Pontian Kechil, via Pekan Nanas. The route plies semi-express along Jalan Skudai, then turns into the Skudai-Pontian Highway where it operates as a local service from Pekan Nanas Industrial Area all the way till Pontian. Along with City Bus Route 3 which this route duplicates, the route forms the main bus connection between Johor Bahru town and the Pekan Nanas and Pontian areas.

Along its semi-express sector along Jalan Skudai, the bus only calls at major en-route stops. It is possible to alight at other en-route stops if one informs the bus driver beforehand.