The Land Transport Authority (LTA) announced on their Facebook Page yesterday (1 Mar 2016) that they will be launching a series of Public Transport Collectibles this month. Items include a train thumb drive, coasters, bookmarks and key chains with designs of the different public transport symbols. Profits from the sales of these collectibles will go to charity.

In the first series of the collectibles, figurines in six different designs, donning the various uniforms of transport operators, such as bus inspectors and bus captains were launched on 2 March 2016.

Members of the public can get them free of charge by visiting pop-up booths at various locations around the island. These booths will be open for only 2 hours at each location. One has to like or follow any of the LTA Official social media channels, such as Facebook (LTA – We Keep Your World Moving), Twitter (@LTASG) or Instagram (@LTASG) in order to get a figurine. Alternatively, one may choose to take a picture with the props provided to receive a figurine.

The locations and timings are: 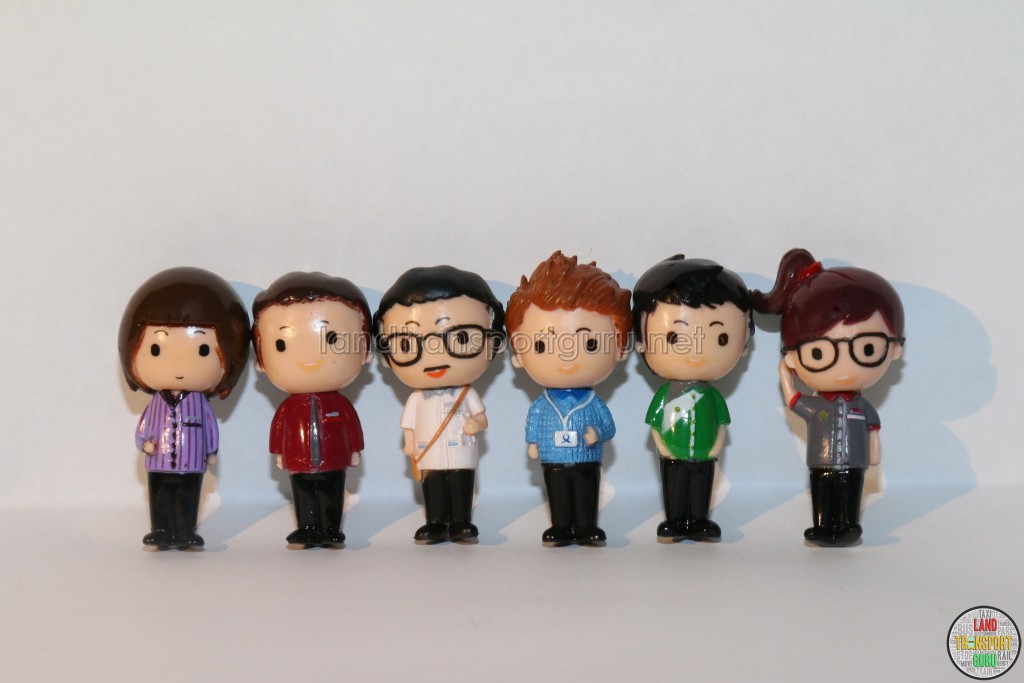