The terminal name is somewhat a misnomer; it is located at the outskirts of Gelang Patah and roughly 3.5km away from the town centre of Nusa Perintis. 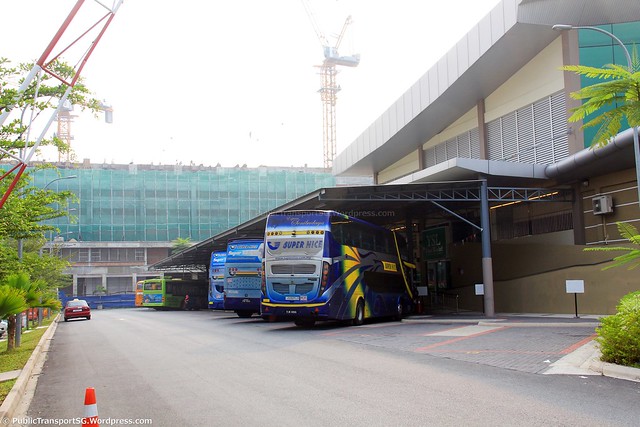 ^ Gelang Patah Sentral Bus Terminal, with GP Mall in the background then under construction

Gelang Patah is a small town 25 kilometers west of Johor Bahru, and located just off the Second Link Expressway. At the outskirts of Gelang Patah town is Gelang Patah Sentral Bus Terminal (also known as GP Sentral), catering to both local Johor Bahru bus routes and intercity bus routes. It is located near the intersection of Pontian Highway and Jalan Ulu Choh.

The terminal name is somewhat of a misnomer, as it is located roughly 3.5km away from the actual town centre of Gelang Patah, which is at Nusa Perintis. GP Sentral is part of the Taman GP Prima development, a new cluster of 4-storey shop offices and a large mixed-development comprising a shopping mall (GP Mall Gelang Patah) and residential apartments (GP Residences).

The terminal is a 5 minutes’ walk from Iskandar Putri, a nearby development.

GP Sentral Terminal features 13 end-on berths for buses, with waiting areas and a ticketing booth next to the bus park. The terminal building features small retail outlets on the semi-basement floor. The ground floor, accessed by a flight of stairs, contains a canteen and bus ticketing booths. A notable feature of the terminal is a centralised ticketing booth for multiple coach operators.

Behind the bus terminal is parking spaces for cars, and a petrol station.