Various Singapore Universities will be hosting open houses in March 2016, following the release of GCE “A” Level results on 4 March 2016. In this article, we will cover public transport directions to the various university campuses, and the special various transport arrangements available. 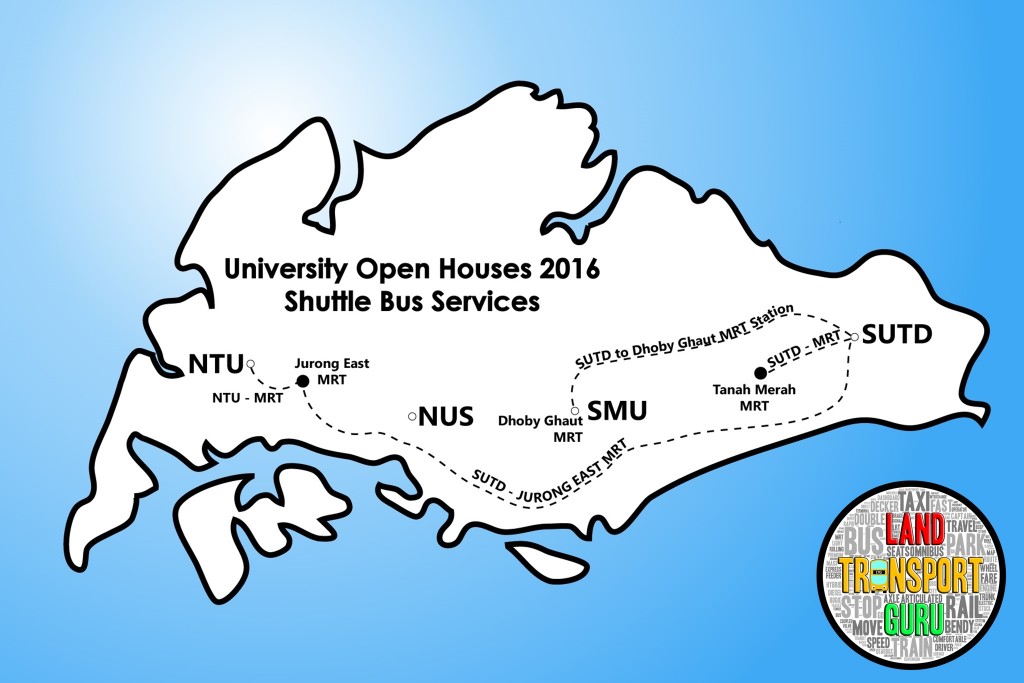 The campus can be accessed by Buses 179 and 199, which start from Boon Lay Bus Interchange. Refer to the respective articles for their bus routes.

Singapore Management University will be hosting their open house on 5 & 6 March 2016, from 10am to 6pm.

National University of Singapore will be hosting their open day on 12 March 2016.