Masai Bus Terminal is a bus terminal located in the town of Masai, Malaysia, east of Johor Bahru. The small terminal serves both local Johor Bahru bus routes and a small number of intercity bus routes. 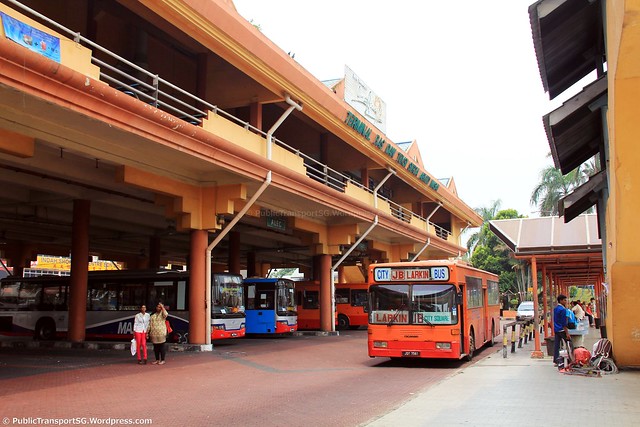 Masai is a town 25 kilometers east of Johor Bahru (measured via Tebrau and Pasir Gudang Highways), developed around the main road (Jalan Masai Lama) that cuts through the town. In the middle of the town lies Masai Bus Terminal, catering to mostly Johor Bahru bus routes and small numbers of intercity bus routes. It is flanked by Jalan Masai Lama, Jalan Bayan and Jalan Berkek along its perimeter.

Masai Terminal features multiple lanes for bus parking (about 8). Boarding activities are conducted at a boarding point located at one side of the terminal, next to Jalan Masai Lama. Next to the bus terminal is a taxi pick-up point.

Some bus services passing through Masai will stop along the main road (Jalan Masai Lama) outside the bus terminal without entering. These services usually head to Pasir Gudang or Kota Masai.