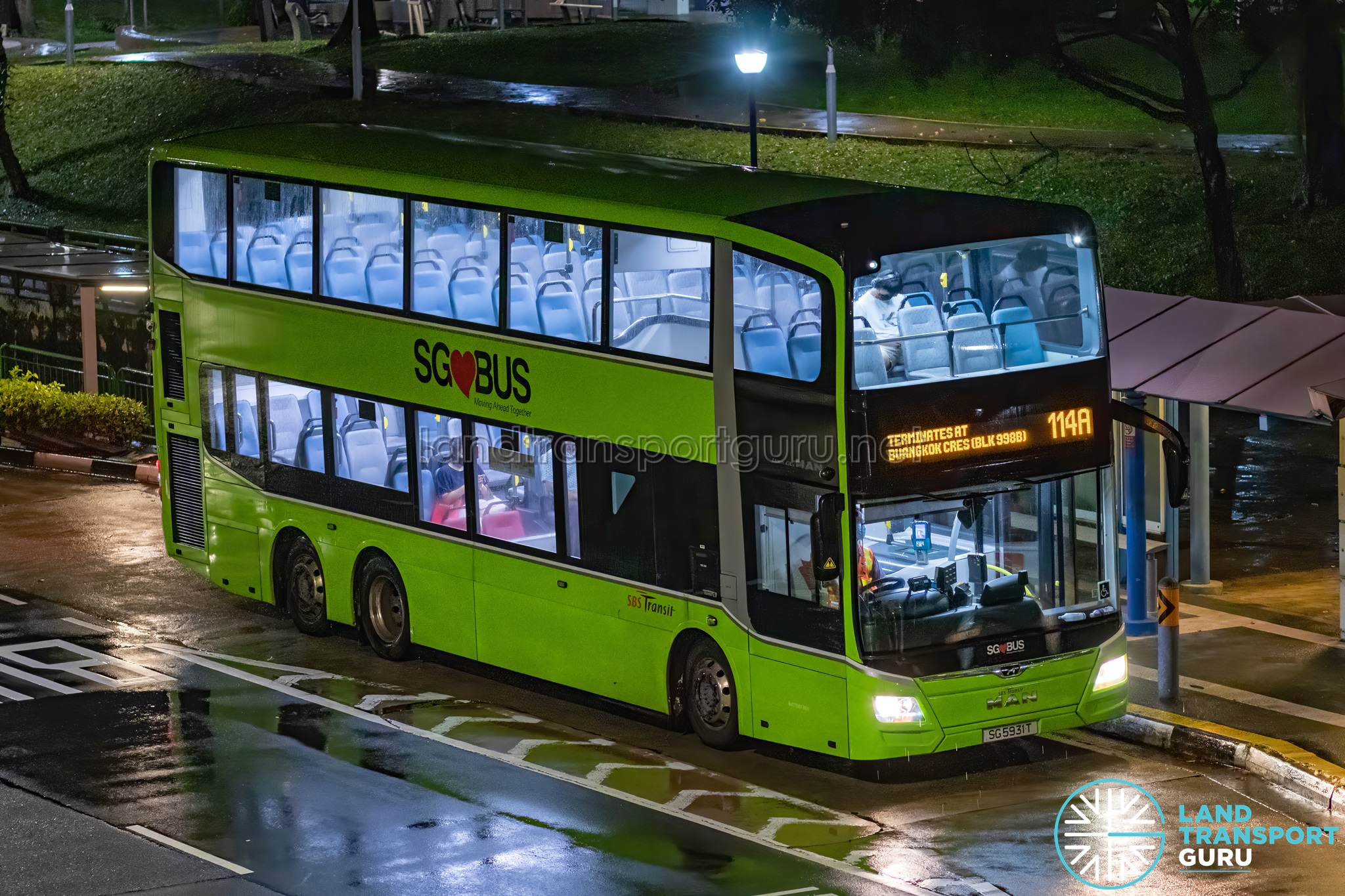 Short Trip Service 114A will be launched on the early morning of 1 Jan 2022, operating during the extended bus & train operating hours for New Year’s Eve 2021 after the last bus of Service 114 has departed.

It was cited in the SBS Transit Press Release for Last Bus Timings on New Year’s Eve 2021 in which the last bus would depart at 1:40am from Buangkok Stn Exit B.

Service 114A would only operate on selected days when bus and train operating hours are extended for Buangkok MRT Station.