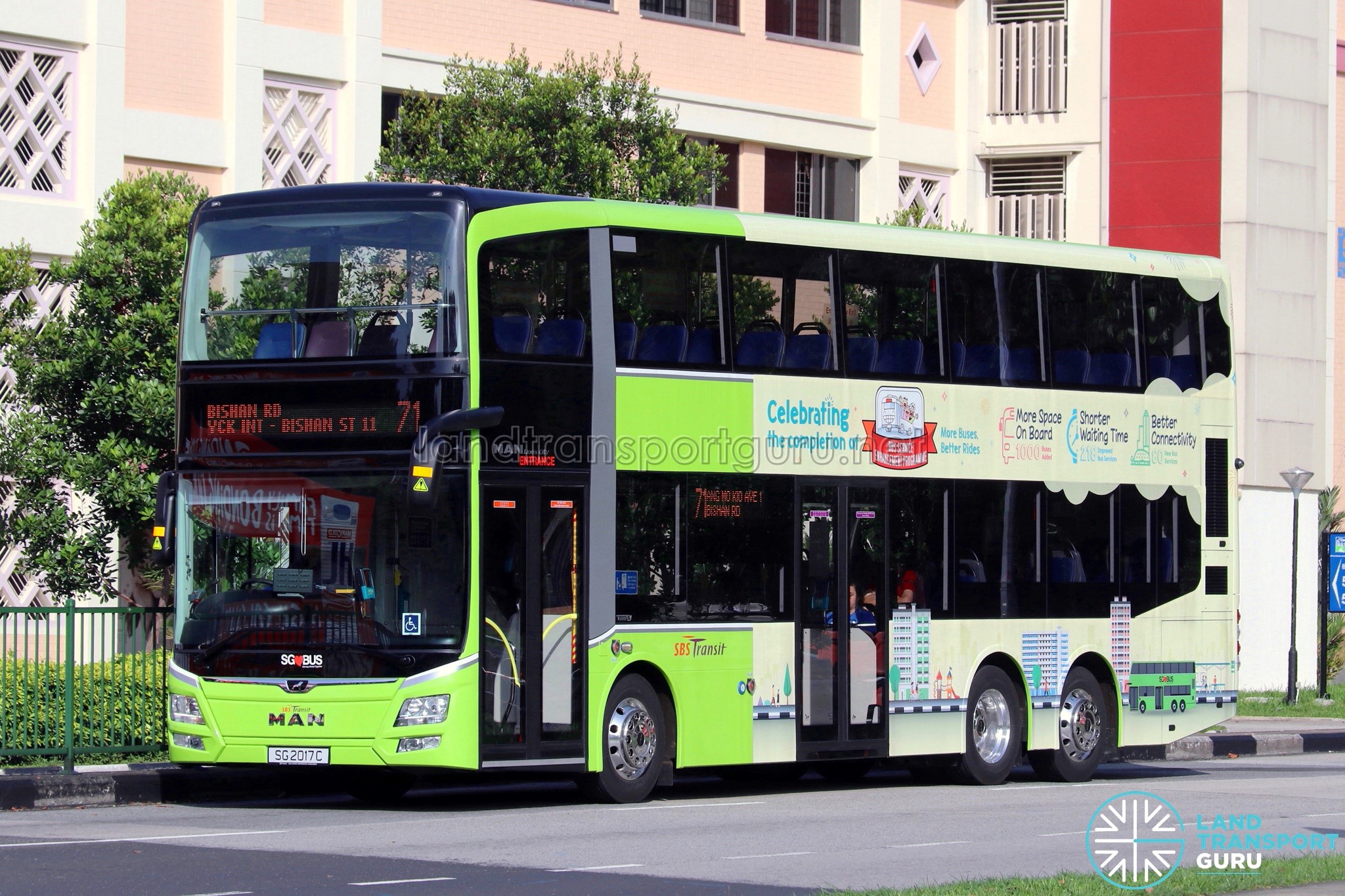 The 14 SBS Transit Bus Services under Tranche 1 are as follows:

Originally, the transitioning of the Seletar Bus Package was intended to have 5 tranches. This was reduced to 3 tranches when incumbent operator SBS Transit was awarded the contract.

For commuters, the switch from the Negotiated Contract to the Tendered Contract will have minimal impact on their commuting patterns, especially since the operators and bus fleets stay the same. However, with increased emphasis on specified EWT performance standards, bus drivers may be made to slow down to regulate the headway between buses.

Short Trip Service 265A will also be withdrawn from 12 March 2018, as part of the Seletar Bus Package transitioning. SBS Transit will operate additional trips to Bus Service 265 instead.