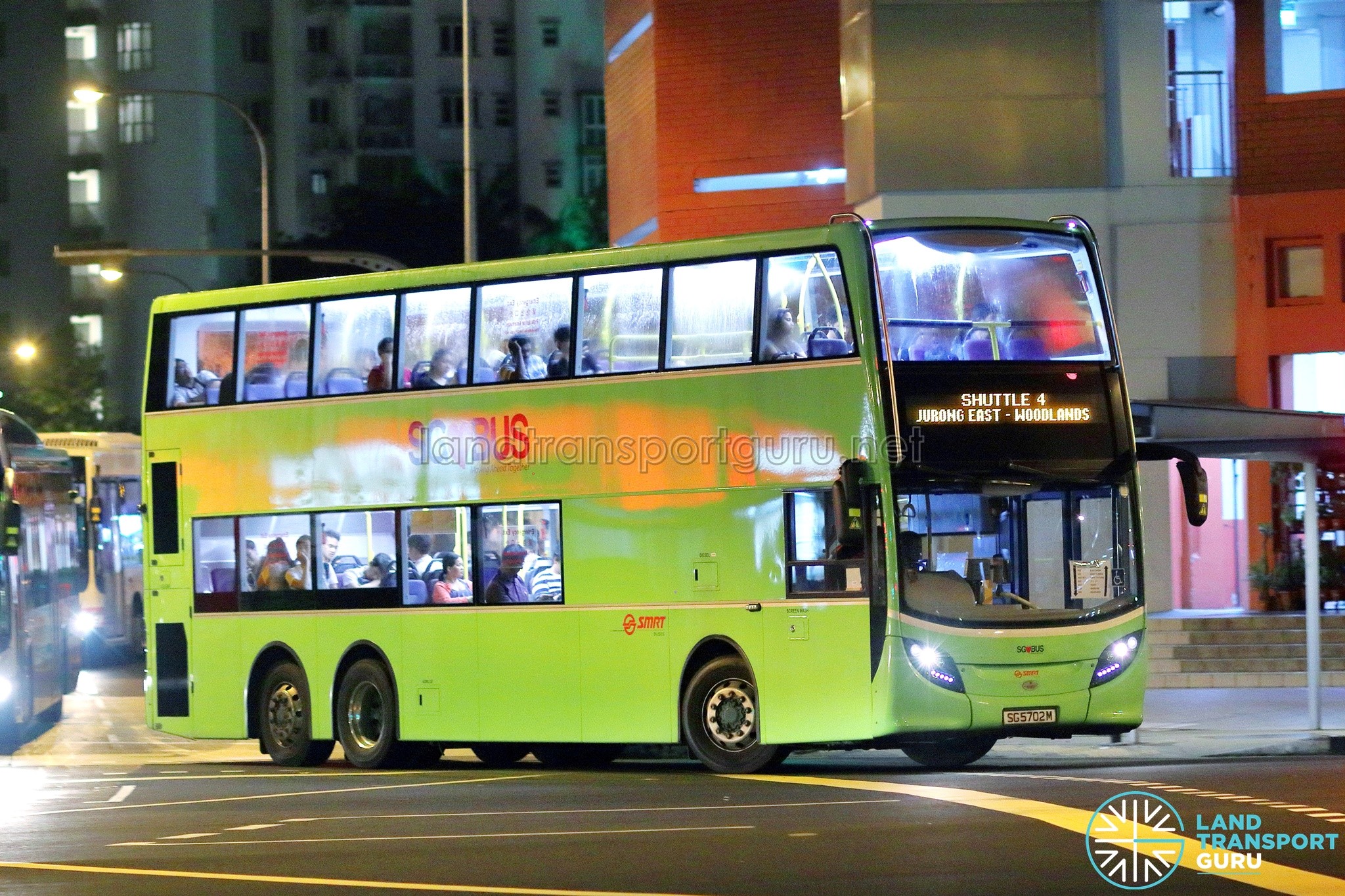 This will involve late openings along the NSL

Train services between Jurong East – Woodlands on the North South Line will:

Train Service will only operate between NS9 Woodlands and NS28 Marina South Pier during the periods of closure.