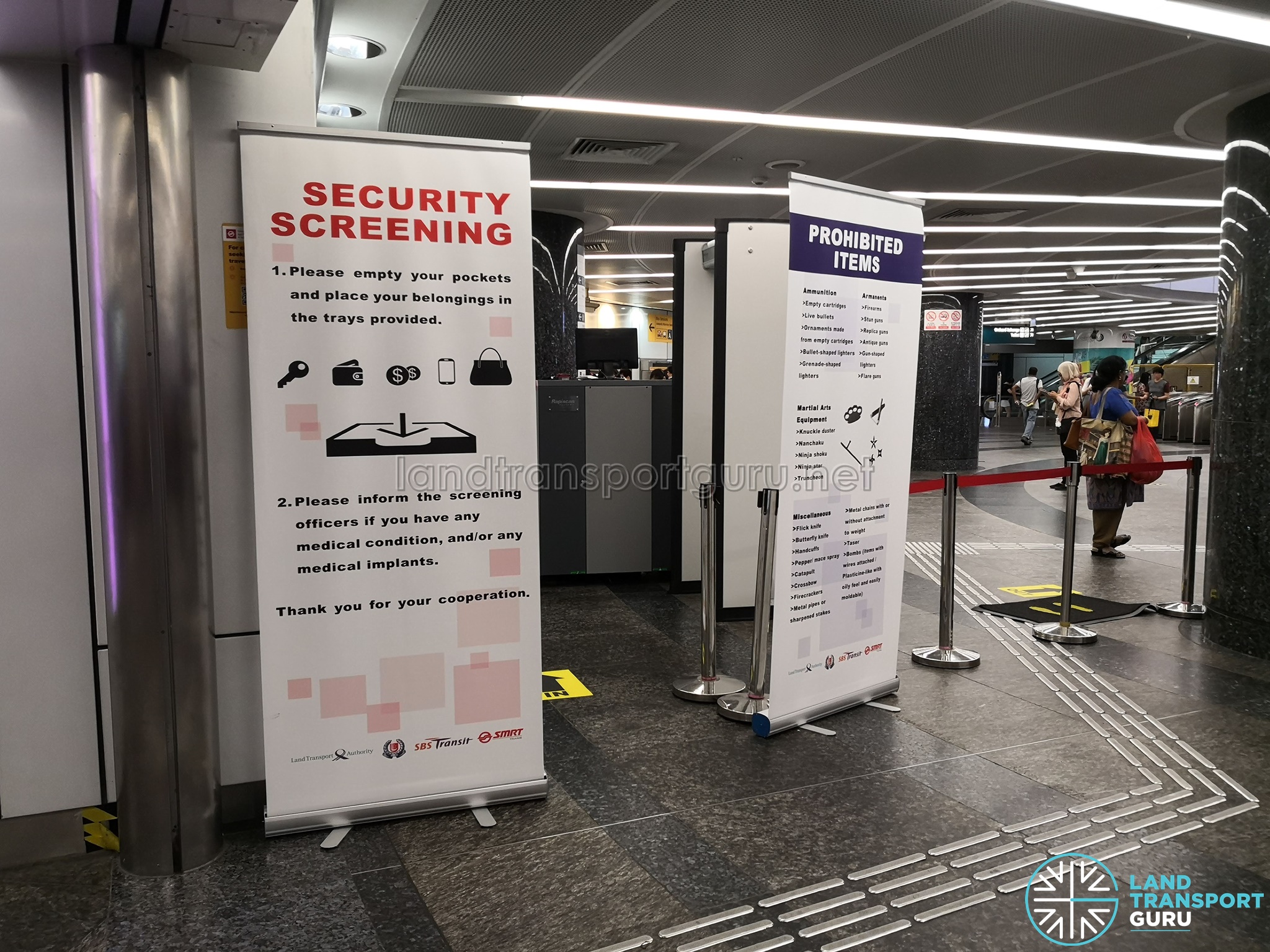 During the Exercise, commuters entering the station and heading to the East-West Line platform will be directed towards the fare gates near Exits B and C, while commuters heading to the Downtown Line platform will be directed to the fare gates near Exits E and F. Some may be asked to go through metal detector checks and have their belongings scanned by X-ray machines.