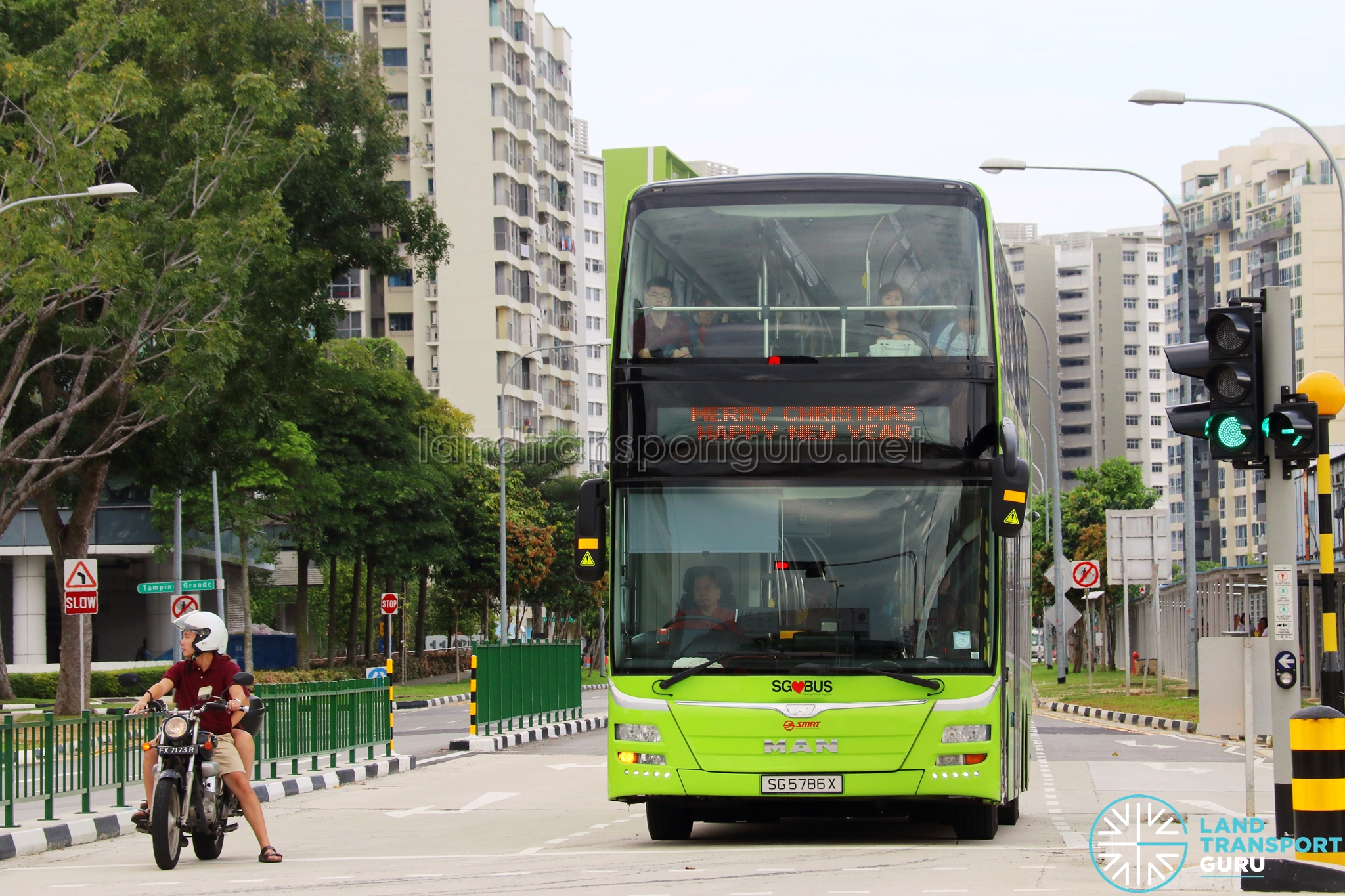 Train Services on the East West Line between EW17 Tiong Bahru & EW33 Tuas Link as well as on North South Line between NS1 Jurong East & NS3 Bukit Gombak will start at 0800hrs on Sunday, 24 Dec 2017 to facilitate additional engineering hours for re-signalling and maintenance work. Shuttle Bus Services are provided to the affected stations during the late opening hours.

More details at our article here.

SMRT Trains and SBS Transit will extend the operating hours of their MRT lines. Last LRT train services will depart after the last MRT service, allowing passengers to connect from the last MRT train.

In addition, SBS Transit Trunk Services 33 and 133 will be extended to provide more late-night bus options from the City.

All TownLink and Intratown services that call at the interchange twice in a single trip (including Intratown 812 stopping outside Yishun Temporary Interchange) will have their last buses perform one of each loop, departing the interchange at the same time. (e.g. Bus Service 359 East and West loops departing Pasir Ris at 2.05am and performing one loop only). SBS Transit and Go-Ahead buses will display a terminating “T” plate. SMRT Buses will display the “E” suffix.

* = The last bus of Go-Ahead Bus Service 83 will perform a half-trip terminating at Sengkang Int.

SBS Transit will extend its six Nite Owl routes to operate till 4.00am. SMRT’s seven NightRider services will continue to operate as per normal, with their last buses at 2.00am (TBA).

Click here for a travel guide to Nite Owl and NightRider services.