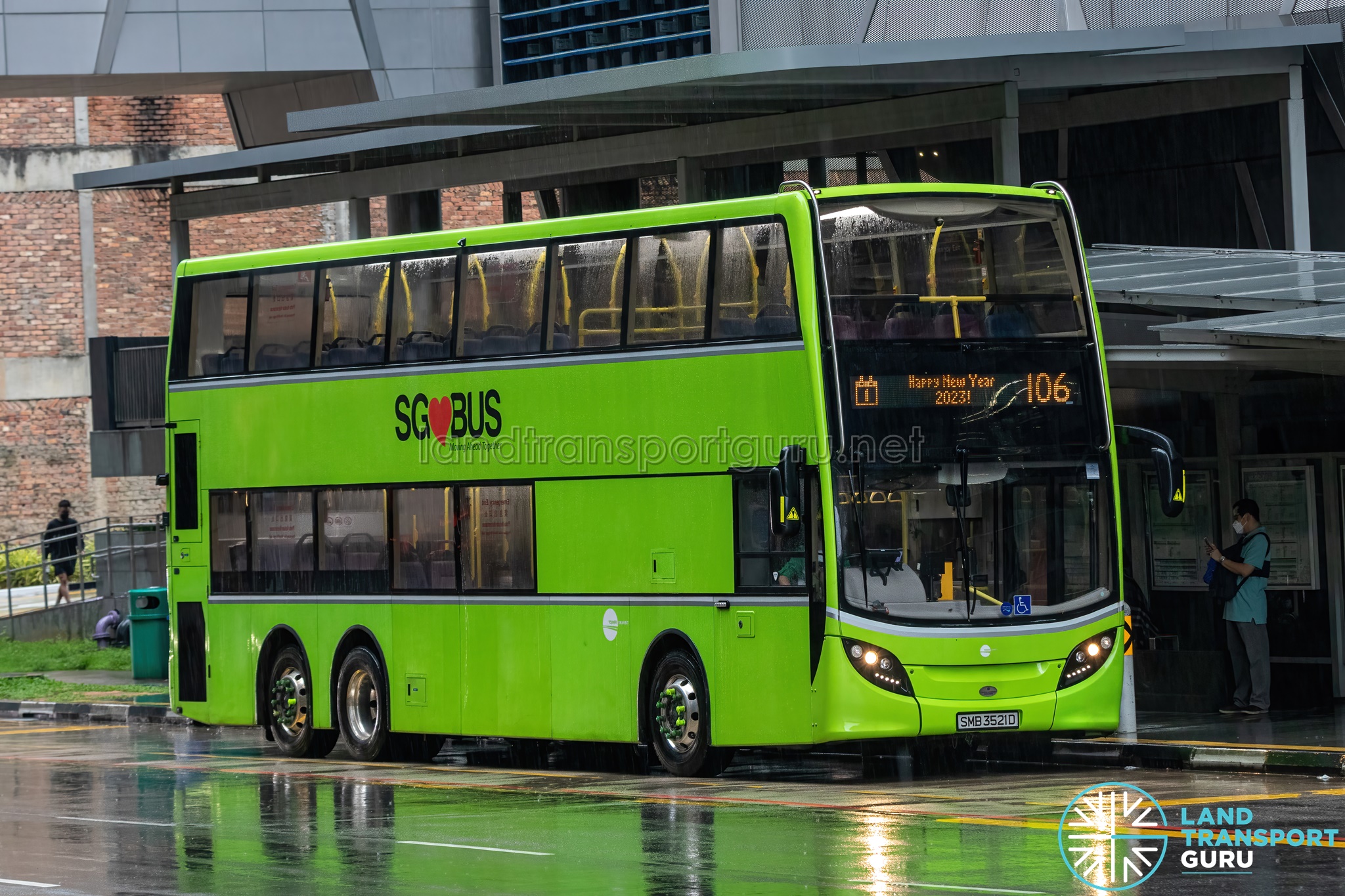 Operating hours of train services and selected bus services will be extended on New Year’s Eve, Saturday, 31 December 2022, for the benefit of late-night commuters.

Last train timings along all MRT and LRT lines (except Changi Airport & Bukit Panjang LRT service) will be extended to the early hours of 1 January, along with selected residential bus services that allow commuters to connect from the last train.

There is no extension of train service for Bukit Panjang LRT.

Feeder services that call at the interchange twice in a single trip will have their last buses perform one of each loop (with the T suffix service), departing the interchange at the same time.

Members of the public are encouraged to check out the Crowd@MarinaBay map, at https://go.gov.sg/crowd-at-marina-bay, to view real-time crowd levels and area closures around the Marina Bay before proceeding to the vicinity of Marina Bay for the festivities.

In addition, certain entrances/exits of MRT stations around the Marina Bay will be closed to regulate crowd flow at the above-mentioned areas. In the event of overcrowding, trains may bypass affected stations such as Bayfront MRT station to divert crowd away from these crowded areas. Members of the public are advised to be patient and to follow the instructions of the marshals and police officers on duty.

MRT Stations including City Hall, Raffles Place and Bayfront MRT stations are expected to be very crowded. Members of the public are encouraged to use other nearby MRT stations such as Esplanade MRT station, Downtown MRT station and Marina Bay MRT station.

The footways along the Esplanade Bridge and Bayfront Ave are to be used for transit only. Pedestrians are advised not to congregate on these footways.

After the event, the dispersal is likely to be slow due to the large crowds. There will be designated routes out of the Marina Bay, including the area closures, to facilitate safe and orderly dispersal. Signages will be put up to guide members of the public on the route to be taken for dispersal. Crowd flow into the train stations will also be regulated to prevent overcrowding within the stations. Members of the public are advised to be patient and cooperate with security personnel.